Patrick Topping at The Music Yard

Patrick Topping at The Music Yard 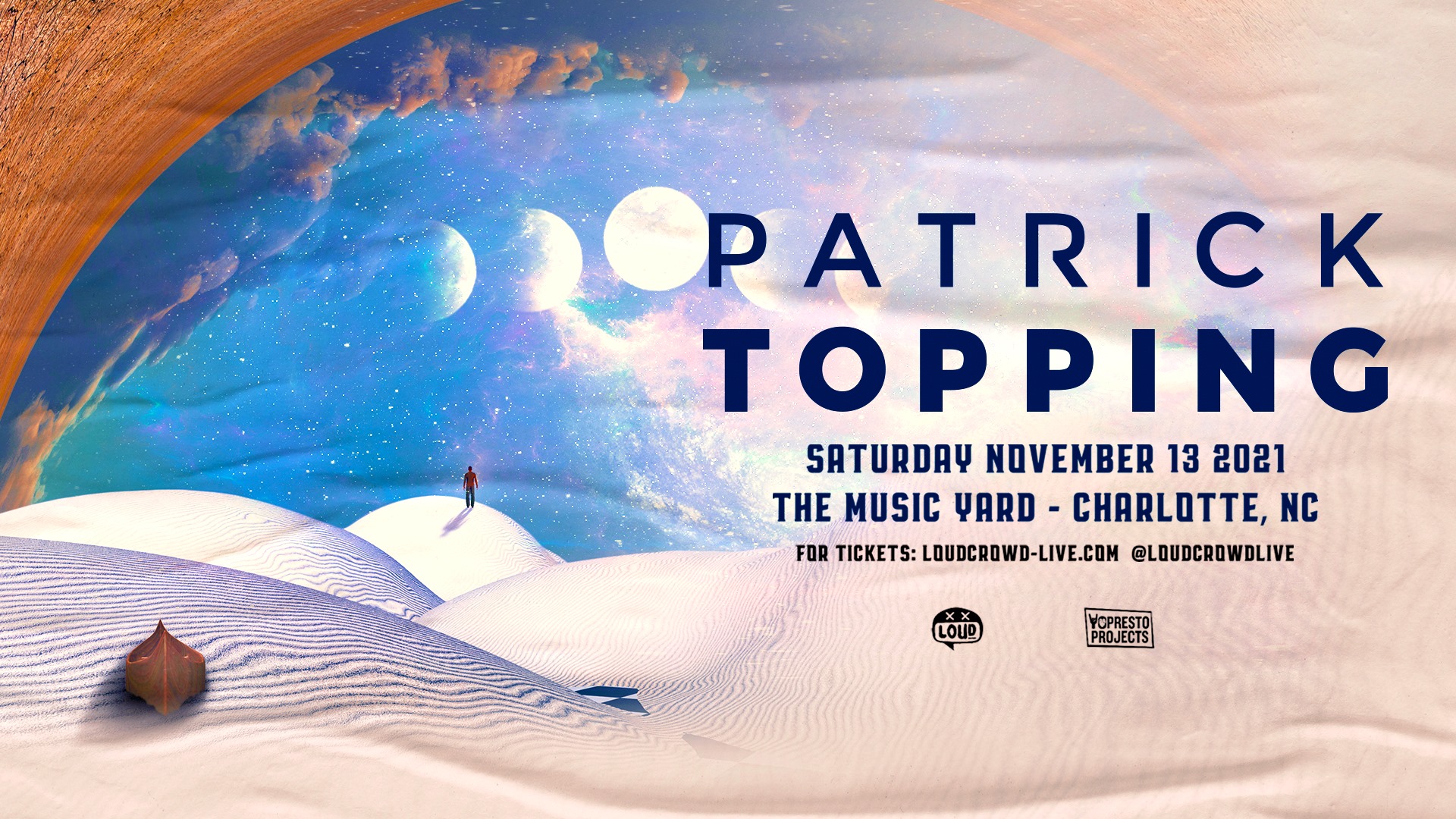 As one of the breakout artists of his generation, British artist Patrick Topping has contributed a constant flow of positivity to the culture he loves so dearly, becoming one of the scene’s most popular DJs in the process. At the root of his incredible success are several core principles; passion for the music, a deep rooted desire to cultivate community, impeccable technical skills and a genuinely warm, friendly disposition. Driven by these fundamental elements Patrick has attained international status as a headline act, with an illustrious discography and a blossoming label and party brand. As he continues to inject his energy into refining his craft and building his own crew of talented acts, Patrick is entering a new level of artistry…
Since his early days as a key member of Jamie Jones’ Hot Creations family, Patrick has demonstrated his prowess in the studio and on stage. With Jamie acting as a mentor and releasing Patrick’s debut EP in 2013, he quickly ascended through the ranks, becoming a resident at Jamie’s Paradise parties at DC-10, landing himself other high-profile shows in Ibiza and across the rest of Europe and the world. He’s gone on to play many of the world’s most influential clubs from Fabric London, Warung Brazil and Space Miami, to festivals including Coachella, Glastonbury, Awakenings, Ultra, and Tomorrowland. Patrick has been awarded three DJ Awards, one DJ Mag ‘Best of British’ Award and as a selector, prides himself on keeping the energy levels high, while ensuring that he spins a variety of styles.
Production-wise, early hits such as ‘Forget’ (2014 Ibiza Track Of The Season) and collaboration with Chicago legend Green Velvet – ‘Voicemail’ (2014) established his ability to produce high-grade dance floor weaponry. Leading to his last original work with Hot Creations – the massive ‘Be Sharp Say Nowt’ (2017) going on to become certified silver in the UK in 2021. But rather than stick with a formula, Patrick decided to invest his creative energy into exploring other styles; channeling his eclectic tastes into a variety of releases and launching his label Trick in 2019, a platform he has used to present a broader representation of himself as an artist.
With his experience as a member of the Hot Creations crew, Patrick has been steadily cultivating a community around Trick. From the lesser-known artists he has signed and championed, to the regulars at his parties, there’s an innate desire to use his position to bring people together and give back to the culture he loves so much. Just as he was mentored by Jamie Jones, Patrick is now committed to passing on his knowledge and experience to younger artists.
Still driven by the same pure, concentrated energy that inspired him as a raver, Patrick Topping is relishing the opportunity to live out his dreams while also keeping his feet firmly on the ground. A hard working, humble and visionary artist, he is bound to continue making an invaluable contribution to club culture; whether he’s on the decks, in the studio or through the new generation of young acts he’s bringing up with him

Our advice to you on this #TacoTuesday is to exhal

I know that margaritas are the answer. However...

I bought 2 orders of queso... The other one is in